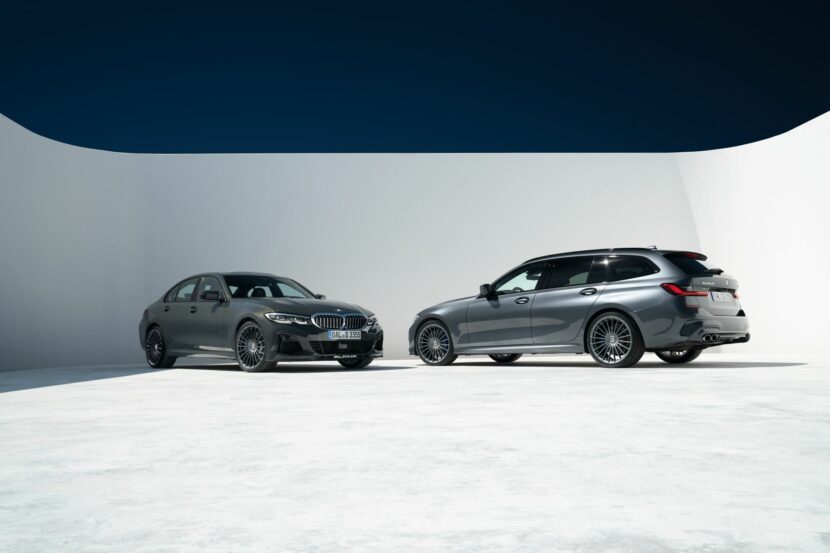 BMW ALPINA launches the new diesel-powered D3 S models based on the G20/G21 3 Series generation. After the B3 variants celebrated their market introduction in late January this year, now ALPINA is premiering the high-performance D3 S diesel versions with standard all-wheel-drive traction.

The new ALPINA D3 S, available as both Sedan and Touring, features the same chassis and suspension enhancements as the petrol-fed ALPINA B3 counterparts. The part that sets the models apart is obviously the 6-cylinder diesel engine in the D3 S.

The 2,993 cc diesel unit powering the new ALPINA D3 S is also benefiting from the installation of the innovative BMW mild hybrid technology, which ensures a power boost at a low speed range and helps the engine be compliant with the Euro 6d-ISC-FCM emission standard.

Power from the straight-six engine is transmitted to the 4 wheels of the car thanks to the ZF 8HP76 8-speed sports automatic gearbox with ALPINA SWITCH-TRONIC.

The ALPINA D3 S Sedan accelerates from standstill to 100 km/h in 4.6 seconds, while the Touring does the 0-100 km/h sprint in 4.8 seconds. The ALPINA D3 S Touring hits a top speed of 270 km/h, whereas the Sedan boasts 273 km/h. The combined fuel consumption, calculated as per WLTP cycle, reaches 7.6 liters/100 kilometers. The overall CO2 emissions reach 199 g/km.

Scroll down for more photos of the new BMW ALPINA D3 S generation of models. Enjoy!

Snow White is the original Disney princess. Unbelievably, Snow White was released in 1937, and the film was the first full-length...
Read more
Celebrity

15 Best Nickelodeon Shows From The 2000s, Ranked (According To IMDb)

Alongside Cartoon Network and Disney Channel, Nickelodeon played a huge role in your childhood. Everyone had their favorite shows from the...
Read more
Load more